Over the past five years we have intentionally focused on helping smaller membership churches build teams with systems, structures, and vision around forming ministry with young people that is relationally cohesive and foundationally sustainable. We believe that by building these components correctly, the church will increase its capacity to build disciples. Through the Smaller Church Youth Ministry Initiative [LEARN MORE], many churches moved from a feeling of limitation fueled by a belief that they didn’t have enough to a feeling of hope fueled through the lens of a unique calling and a realization that God has already provided everything they need. Transformation takes time, and each church changes differently and with different results. While some have progressed more slowly, others have seen powerful change as they implemented the principles learned through the Smaller Church Youth Ministry Initiative.

One of the first challenges that churches in the Smaller Church Youth Ministry Initiative had to overcome is the notion that small churches are abnormal. The 2010 Religious Congregations Membership Study found that the median church in the United States has seventy-five regular participants [SOURCE]. The average worship attendance of a United Methodist Church in the United States is eighty-seven persons [SOURCE]. In our training cohorts, we discovered church after church limited by its belief in what we call the Small Church versus Small(er) Church Mentality. Phrases such as “We’re a small church so we can’t…” and “We’re a small church so we don’t…” were spoken as kind of a statement of faith. The often used statement “We don’t have enough…” is usually completed with youth, volunteers, money, space, parent involvement, and so forth. The list, as daunting as it may seem,  can be overcome by a change in perspective, processes, and vision. While attendance and participation do affect how ministry can be done, they don’t change the call to make disciples.

Churches stuck in a Small Church Mentality are most concerned with saving their church and are often unable to see the opportunity their situation presents to breathe new life into it. Programs are often promoted as the magic bullet. In these cases, young people are often viewed in one of two ways: machinery or scenery.

Alicja Iwanska, a Polish anthropologist, points out that we tend to divide our world into three categories: scenery, machinery, and people. Iwanska found, however, that not all human beings are seen as “people [SOURCE].” Iwanska defined machinery as “tools people use in their lives to get their work done.” Church people are guilty of viewing young people as machinery when they believe that adding youth ministry programs will perform the task of saving their congregations from death.

Churches can also be guilty of viewing young people as scenery, which Iwanska says is enjoyed “in a disinterested sort of  way.” This perspective values people as decorations or objects to be displayed. Well-intended church leaders demonstrate Iwanska’s theory when there is an expectation that young people be seen (being present on Sundays, performing token roles such as holiday programs, or doing manual labor that someone in the church thinks would be a good job for teens) but are not a voice or place in the life and ministry of the church. Young people, just like their adult counterparts, have much to offer the world in both worship and service.

There are other ways in which smaller churches have become stuck. As the number of smaller churches increases, their health may be worsening. They often appear resilient, weathering the storms of cultural changes, population movements, and denominational neglect and/or efforts to close them, but the onslaught of these challenges take their toll. Often inexperienced pastors in their first jobs will envision a new reality for their church. It isn’t long before both these challenges, limited finances and the unending mountain of resources and seminars promising solutions overwhelm them and they leave. The church rallies to make it until the next pastor arrives. However weathering the storm only leaves churches to assess the damage: families who have left, a long list of former pastors and little hope for a future. The way out of this way of thinking requires a change in perspective, processes, and vision.

William T. McConnell in his book on congregational renewal subtitled Healing the Sick, Raising the Dead shares, “To get to where you want to go, you must first know where you are.” Transformation in the smaller membership church is greatly impacted by leaders seeing the potential for what can be and inspiring confidence that a new future is possible. This foundational principle motivated us to create a new model with contextually oriented training and coaching based on the hunch that smaller churches could begin to step into their new futures.

Churches in the Smaller Church Youth Ministry Initiative are able to learn and utilize a new framework that helps them shift from the Small Church Mentality to the Smaller Church Mentality. With this new mentality, churches celebrate their size instead of being limited by it. Smaller Church Mentality churches dream God-sized dreams, they are ready for new possibilities, they easily adapt to changes and challenges, and they realize the advantages of being smaller. A smaller church living in the Smaller Church Mentality sees young people for who they are instead of as the machinery to save their church or scenery to make it look hip. Rather, they are viewed as persons with the ability to change the world through their relationship with Jesus Christ. Churches who think Smaller rather than Small understand that numbers matter not because they are comparing themselves to those with more but because each number is a real person who needs to know God’s love. The Smaller Church way of thinking fosters the call for the church to build relationships with the people God has blessed them with so that they can send them out to bless the world.

Excerpt from Chapter 1: The Power of Smaller – Small(er) Church Youth Ministry: No Staff, No Money, No Problem, pp 21-24. [AVAILABLE HERE] 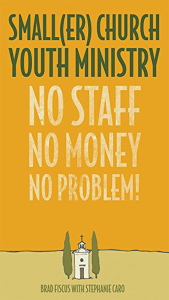 Youth Ministry: No Staff, No Money, No Problem by Brad Fiscus and Stephanie Caro. The book was published by Youth Ministry Partners a division of Abingdon Press by the United Methodist Publishing House.  Available Here.

Each week we will release new tips, ideas, and content that will help you build sustainable ministry with all ages.

We hope you will share your stories of the ways your small(er) church ministry is building disciples. We also know that sometimes there are challenges that need a team to solve, we want to be a part of your team and we hope you’ll be a part of ours.

We hope you’ll add this site to your favorite list and we’ll add you to ours!

Check out some great resource partners. 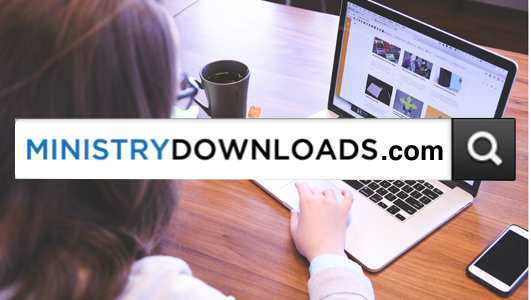 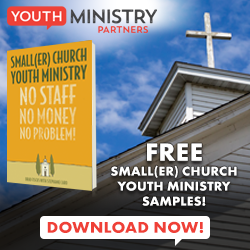